Though psychiatrists started to use pyrrole disorder to diagnose and treat mental illnesses years ago, it is not known to most of the general public. 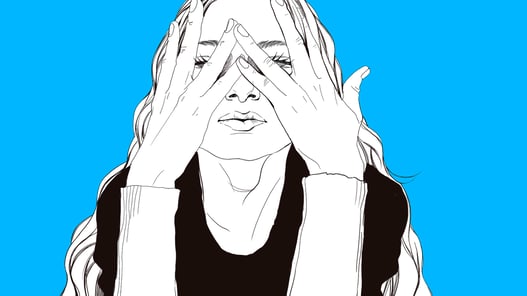 Pyrrole, Hydroxyhemopyrrolin-2-one (HPL), is a molecule produced in the body and  excreted naturally through urine. Due to genetic predisposition and environmental stressors, some people may produce and excrete a larger amount of HPL (pyrroles), and experience the loss of essential nutrients, such as B6 and zinc. B6 and zinc deficiencies caused by pyrrole disorder may lead to a chemical imbalance in the brain and contribute to physical and mental dysfunctions.

Many of the signs and symptoms of pyrrole disorder correlate with zinc and vitamin B6 deficiencies, and high doses of these nutrients provided significant improvement in HPL levels and symptoms. This is the classical problem of correlation versus causation.

Vitamin B6 is critical for the brain to create neurotransmitters including dopamine, serotonin, and norepinephrine. These neurotransmitters are essential messengers in the brain. Vitamin B6 also helps regulate the brain’s energy use. Research suggested that B6 deficiency may cause cognitive impairment and dementia.

Zinc, on the other hand,  is a trace element that helps create new neurons in the brain's hippocampus. The hippocampus is the part of the brain that serves as a temporary hard drive that forms and stores cognitive, emotional, and physical memories. Zinc helps brain cells communicate with one another.

Low-levels of zinc will slow down the brain cells’ communication. One may have brain fog, a state when one is unable to concentrate or think clearly. It affects the executive functions, such as reasoning, and may affect and deteriorate the ability to make appropriate and logical decisions. 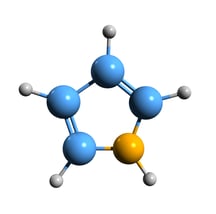 They may experience physical conditions such as:

Stress hormones and antibiotics can both affect intestinal permeability and urinary pyrrole. Therefore, it is conceivable that imbalances in intestinal bacterial metabolism play an essential role in pyrroles disorder.  we always investigate gut health while treating pyrroles.

Though it is unknown what exactly causes pyrrole disorder, it is most likely a hereditary condition alongside specific mental health and developmental disorders. Recent traumatic or highly stressful events aggravate pyrrole disorder.

Researchers agree that antioxidants (such as Vitamin E, Vitamin C, Selenium, and Biotin) are also essential in treating pyrrole disorder, as well as adding digestive enzymes, pre-probiotics, and an anti-inflammatory diet.

Following the Advanced Nutrient Therapy protocol, Yang Institute’s practitioners use individualized plans for treating nutrient deficiency-related diseases, including pyrrole disorder. Clinically, it takes about 3 to 6 months to see the benefits of supplementing B6 and Zinc, as well as antioxidants.