In our blog article posted on ⅖, we discussed that brown fat in our bodies may help burn white fat. One of the most effective ways to activate the function of brown fat cells is to expose our bodies to cold temperatures, however, long exposure to cold temperatures can be an unpleasant experience, not to mention the risk of a weakened immune system if not done properly. 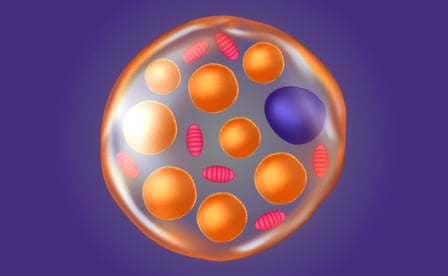 Fortunately, there are many other ways to burn fat such as exercise, lifestyle change, and a diet rich in fat-burning nutrients. This article will discuss six foods that topped the list of foods that contain nutrients that help promote the consumption of body fat.

This article will discuss six foods that you can implement into your diet to help promote body fat loss and overall health. One should not see the following foods as a cure-all solution to shed fat but rather dietary additions that can aid in burning fat. One basic principle that we should understand with regards to fat loss is the so-called, “calories in, calories out” model which states that if you consume fewer calories than your body expends on a daily basis, you will lose body fat. This can be achieved through eating in a calorie deficit meaning you are eating fewer calories than that needed to maintain your current body weight. Another method for achieving a net calorie deficit is through regular exercise, which contributes to the “calories out” side of the equation since your body is using up food for energy expenditure.

Capsaicin is an active component in chili peppers and is responsible for the burning sensation felt when eating or touching peppers. A variety of studies have shown that capsaicin effectively increases metabolism. It increases fat loss through increased body temperature and oxygen consumption and promotes fat oxidation.

Studies also found that capsaicin reduced gastrin, a hormone that promotes hunger. It can act as a natural hunger suppressant, curb appetite and prevent overeating.

One study found that overweight or obese people took capsaicin at 6 mg per kilogram of body weight per person per day. After taking it for 12 consecutive weeks, they significantly reduced abdominal fat.

In addition to its fat loss effects, capsaicin has anti-inflammatory qualities, making it an effective supplement for promoting heart health.

Curcumin is found in the root of turmeric root and is a yellow, hydrophobic polyphenol. Curcumin is commonly used as a spice in cooking but has shown potential value for weight loss.

A recent clinical trial used curcumin and phosphatidylserine together in a 30-day treatment for overweight individuals. People who used curcumin lost weight and experienced significant fat  mass reduction  in waist and hip circumference.

One recommendation is consuming curcumin within a shake that contains peanut butter, coconut oil, or olive oil to increase bioavailability. Since curcumin has a very short half-life within the body, one can supplement twice daily if possible.

People in Asian and European countries have a long tradition of drinking green tea for health and wellness.

Catechins in green tea are natural antioxidants. They increase the body's energy consumption and promote the oxidation of fat. That is why most of the weight loss products on the market have extracts of green tea.

Humans have known menthol's health benefits for a long time, including its anti-inflammatory, antipruritic, or antibacterial effects, as well as its role as a cough suppressant.  Menthol also has an important role in converting white fat cells into brown fat cells, a benefit that has been discussed more in-depth in past articles.

Omega 3 fatty acids contain DHA and EPA. Polyunsaturated fatty acids are primarily found in fatty fish. They will increase the protein level of brown adipose tissue between the scapulae of rats, reduce the amount of visceral white fat in rats, and increase the quality of brown adipose tissue between the scapulae. At the same time, EPA allows the conversion of subcutaneous fat cells from white to beige in overweight people.

Another benefit of Omega 3 supplementation is its positive effects on depressive symptoms. One meta-analysis examined ten clinical trials and found that omega-3 fatty acids have a significant antidepressant effect in patients diagnosed with MDD or bipolar disorder.

Here at Yang Institute, we consider patient health from a holistic perspective. Schedule an appointment to discuss treatments, nutrient therapies, and lifestyle interventions to optimize both your mental and physical health and wellness.